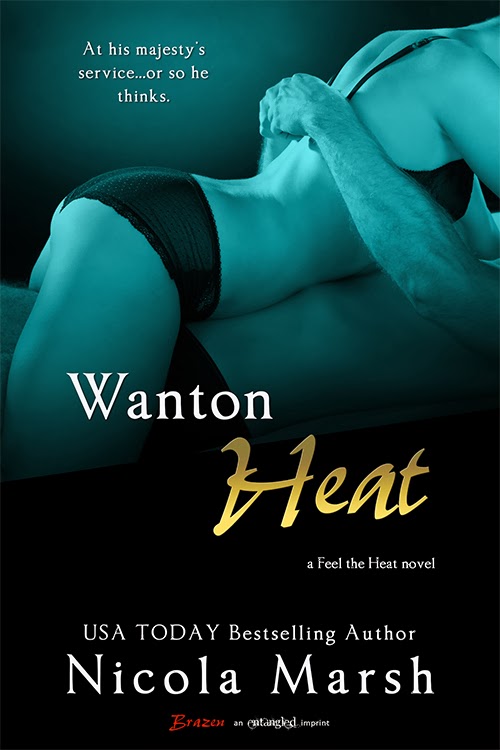 At his majesty’s service…or so he thinks.

With her job and her self-respect on the line, advertising executive and reformed bad-girl Zoe Keaton heads to Italy to score a vital business deal. Unfortunately, the guy she needs to convince is the wickedly hot—and totally closed-off—Prince Dominic Ricci, who has no intention of listening to her pitch. So with the queen’s help, Zoe does the only thing that will get the job done. She kidnaps him.

But the joke’s on her when the queen’s matchmaking strands Zoe and the prince on the royal family’s secluded island. Zoe vows not to mix business with pleasure—and prove that she’s more than a spoiled rich girl who bought her way to success—but when the prince turns up the heat, the chemistry between them ignites. Is it just sizzling sex, or could an Italian prince with a tragic past fall for a take-no-prisoners American?

Review:
Hmmm i'm really not sure what to say about this book. Did i enjoy? Yeah. Was it one i couldn't put down? Nope matter of fact i frequently put it down it took me 4 days to finish this book that i could have knocked over in a day if it really grabbed me.

The sexiness was great but  the love for me felt a little forced.


Based in Melbourne, she has published 45 books and sold over 5 million copies worldwide. She writes contemporary romances for Harlequin Mills & Boon, Entangled Publishing and is self-published. Her first indie release, Crazy Love, was a 2012 ARRA (Australian Romance Readers Award) finalist. BANISH, a thriller with Harlequin Teen Australia, is her young adult debut (August 2013), closely followed by the release of a paranormal YA series starting with Scion of the Sun (Month9Books, November 2013)


A physiotherapist for thirteen years, she now adores writing full time, chasing after her two little heroes, barracking loudly for her North Melbourne Kangaroos footy team and her favourite, curling up with a good book!
She also loves interacting with readers. She blogs, tweets incessantly, chatters on Facebook and answers emails.

Posted by Melissa Kendall at 21:43