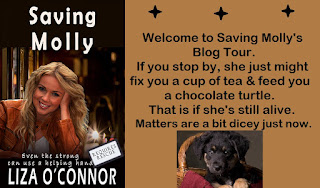 One of Liza’s many life stories that gets into a novel.
When I was eighteen, I worked five different jobs during the summer. Only two of the jobs were ‘full time’ and the other three were part-time. Needless to say I was frequently sleep deprived and cranky.
One of the part time jobs (three hours a night) was being a DJ at a local radio station. The radio station manager was a very small slime ball. Well, actually, he was a big slime ball hiding in a little guy body. I towered over him. He gave me a little trouble, but nothing I couldn’t handle. However, he was making the noon-time DJ’s life utter hell. Because this was her only and full time job, she had to do more than her three-hour air slot. A few weeks before, he decided she needed to help sell advertisement slots for the radio station.
And here is how he explained her job. “I’ll line up the customers. Then you’ll go in alone for an hour and warm them up, then I’ll come in and close the deal.”
Does that set off any alarms to you? Before I could even make my objections, she burst into tears and admits what she had to do to ‘warm’ clients up. Now she was terrified that her husband would find out and he evidently had a temper. She desperately needed advice. Being 18 years old, I had lots of advice.
“You need to dump both your husband and this job. But let’s focus on this job. You are really good. I mean that. You could get a job in any radio station in the U.S.  Seriously! So my advice is to send demos out to stations in other states and find a new home, away from both jerks.
Evidently, my fine advice took a month to percolate, but finally, she divorced her husband and left to Tulsa where she quickly became the top radio announcer in the state. She truly was a fabulous DJ.
Being the only other female DJ left at the station, the radio manager tried to lure me into warming up the buyers. When he suggested me working more hours, I confessed I had five jobs, and really couldn’t do more hours. When he hinted he might have to let me go then, I shrugged. “Shouldn’t you fire the idiot before me?” (There was a male DJ at the station which might have been the WORST DJ in the world.)
“Can’t, his father is a major advertiser.”
“Then hire a hooker. The last thing you want is a smart ass, ill-tempered virgin warming up your buyers.” I then hurried into the booth to do my show. He never spoke to me again. Nor did he fire me. A month later, I left as planned and headed off to college. 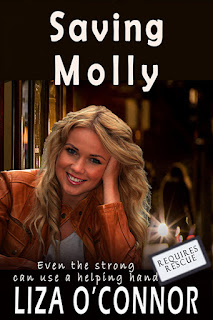 By
Liza O’Connor
Book 2 of the
Requires Rescue Series
∞
Contemporary Suspense
∞
Sometimes even the strong
requires a helping hand.

Molly Brown always faces life with a smile, even when a frightening thug is intent upon killing her. At first, Detective Sean Cushing finds Molly’s cheery disposition unnatural, especially when he discovers the seriousness of her injuries. When she asks for police protection, he instead offers her a job and home being a nanny to his five-year-old daughter, hoping her cheery disposition can pull his child from her dark hole of misery. Never did he expect he’d be proposing marriage within a day, but life has a way of going in odd directions when Molly Brown is involved.

“So why’d you get fired?”
Silence.
Sean glanced down at her. She was mauling her lip. “If I’m going to find you a new job and a place to stay, I need to know.”
The brilliant smile returned. “You’re going to find me both?”
“Depends on why you got fired.”
Her brow furrowed. “I’m not really sure why. I thought I was doing a good job. My boss seemed happy. He didn’t like my clothes—said they were too dowdy. He thought I should dress like Angie, but I wasn’t comfortable wearing…”
“Wearing what?”
“So little. It didn’t seem professional to me.”
“So he fired you for failing to dress sexy?” Sean asked.
“Not directly. He just stopped being pleased with me. In fact, he’d frown every time he saw me.”
“So how’d you get fired?” Why was it that no one could just answer his questions?
“He called me into his office and told me it was time I stopped with the child routine and grow up. He had arranged for me to meet a client in his home, and my job was to make the client happy…so happy he’d buy a thousand top-of-the-line copiers for his company. This sale would be twenty percent of our annual sales, so I couldn’t screw it up.”
“What did you say?”
“I said I didn’t think I was ready for such an important sale and he should send someone else, like Clark.” She paused and explained, “In my opinion, Clark is the best salesman in the office. My boss said Clark wouldn’t do. The client didn’t swing that way.”
Several cops standing in the hall stared their way.
“Keep your voice down,” Sean whispered. 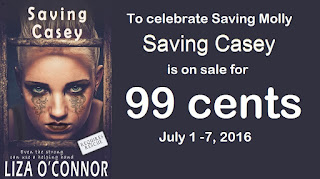 NOTE: EACH BOOK STANDS ALONE
AND CAN BE READ IN ANY ORDER. 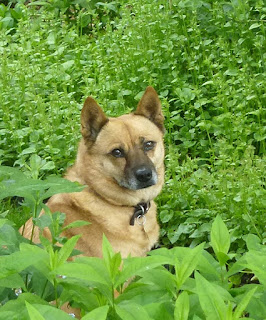 Liza O’Connor lives in Denville, NJ with her dog Jess. They hike in fabulous woods every day, rain or shine, sleet or snow. Having an adventurous nature, she learned to fly small Cessnas in NJ, hang-glide in New Zealand, kayak in Pennsylvania, ski in New York, scuba dive with great white sharks in Australia, dig up dinosaur bones in Montana, sky dive in Indiana, and raft a class four river in Tasmania. She’s an avid gardener, amateur photographer, and dabbler in watercolors and graphic arts. Yet through her entire life, her first love has and always will be writing novels.